NYABJ celebrates Women’s History Month by talking to some of the greats in media from News, Weekly Series, Movies and so much more. 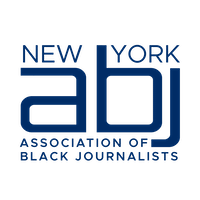 NYABJ is one of the the most active local chapters of the National Association of Black Journalists (NABJ), which boasts 3,300 members and is the world's largest organization for journalists of color. Founded in 1976, NYABJ has a legacy of providing professional and moral support to its members. Our ranks include reporters, editors, photographers, graphics editors, art directors, public relations professionals, students and academics. Throughout each year, we offer professional development workshops and seminars, as well as networking mixers. Our general body meetings are always held at media companies giving attendees a chance to network and job search. In the past we have been hosted by The New York Times, CBS, NBC, ABC, Bloomberg, The Wall Street Journal, AP and several others. NYABJ is a 501C3. For more information please go to our website www.nyabj.org

Posted In Business and Online Only.
A Great Step Toward Nutritional Awareness During March National Nutritional
#notapitch: Unofficial Feedback on your Idea/Prototype from a VC