Join us for a presentation of archival footage selected by Jacqueline Castel, director of upcoming A Message from the Temple documentary.

In celebration of BREYER P-ORRIDGE: We Are But One, Pioneer Works and Ryan Martin of Dais Records—an independent label that released numerous records with Genesis Breyer P-Orridge during he/r lifetime—co-present a series of concerts and related programs that pay tribute to the late artists’ work, featuring the artists’ friends and collaborators, alongside others who were indelibly shaped by BREYER P-ORRIDGE’s seminal practice.

Jacqueline Castel is an American-born French and Canadian writer and director based in NYC. Her work has screened at Sundance, SXSW, Rotterdam, Sitges, Fantasia and over fifty additional festivals worldwide. Her work has been released on platforms as varied as The New York Times, Nowness, and AMC Network’s Shudder.com, and has featured collaborations with cult auteurs John Carpenter, Jim Jarmusch, and David Lynch. She is currently in production to direct the Canadian-Belgian supernatural drama, MY ANIMAL. 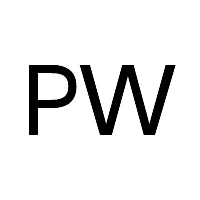