She Runs It Executive Class Networking Circles have been designed as a forum for members of this community.

She Runs It Executive Class Networking Circles have been designed as a forum for members of this community to gather, share common interests, tackle career challenges, build your personal networks and more.

We will be hosting Executive Class Networking Circles on the first Tuesday of the month at 1pm Eastern Time. Topics will be selected by the newly formed Executive Class Committee (reach out to Lynn@sherunsit.org if you would like to join) and breakout facilitators will lead each conversation.

During the Eventbrite registration process you will have the opportunity to select the circle in which you desire to participate. Our May 4th session will address two topics that we heard were of interest to you:

What is your leadership legacy?

What does workplace recovery look like on the other side of Covid?

Please note: this event is for Executive Class Members only. 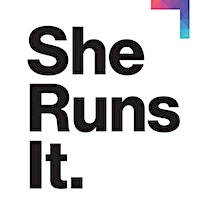 Our Story We believed in the power of women well before they had a seat at the table.She Runs It was founded in 1912 as League of Advertising Women (later named AWNY), by journal editors Christine and J. George Frederick as a counter to the exclusive, all-male Advertising League. Designed to encourage and promote women’s role in the advertising industry, the club held classes and dinners with presentations on advertising best practices, and gave scholarships to encourage girls to pursue degrees in advertising during a time when women weren’t even allowed in many universities. Since then, we have re-branded as She Runs It. Our community has grown beyond advertising to all facets of marketing, media and tech. We’ve also expanded beyond New York, first to Chicago with our eyes on national expansion.