A willingness to intervene, and to seek regime change, is key to an American foreign policy that benefits America.

William (“Bill”) Kristol was the founder and editor-at-large of the political magazine The Weekly Standard, published from 1995 through 2018. He’s known for advocating for the U.S. invasion of Iraq and has since become a prominent critic of President  Trump. Bill was chairman of the New Citizenship Project from 1997 to 2005. In 1997, he co-founded the Project for the New American Century (PNAC) with Robert Kagan. He’s a member of the board of trustees for the Manhattan Institute for Policy Research, a member of the Policy Advisory Board for the Ethics and Public Policy Center, and a director of the Foreign Policy Initiative.

Scott Horton is the author of the book Fool’s Errand: Time to End the War in Afghanistan, managing director of the Libertarian Institute, host of Antiwar Radio for Pacifica Radio’s KPFK 90.7 FM in Los Angeles and KUCR in Riverside, California, and the foreign policy interview podcast, The Scott Horton Show. Horton conducts interviews with journalists, politicians, pundits, lawyers and experts on foreign policy and war-time law. Horton has recorded more than 5,000 interviews since 2003. Scott is also the editorial director of the libertarian, non-interventionist website Antiwar.com. He’s made numerous appearances on other podcasts, including “The Tom Woods Show.”

Tickets must be reserved in advance. 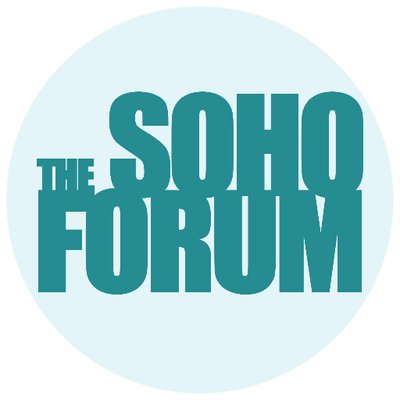 The Soho Forum is a monthly debate series held in downtown Manhattan, which features topics of special interest to libertarians, and which aims to enhance social and professional ties within the NYC libertarian community. Founded and moderated by Gene Epstein, the former economics editor of Barron's, the Soho Forum runs Oxford-style debates that enable the audience to vote on the resolution both before and after each debate, and also includes a question-and-answer period in which audience members engage with the speakers. A wine-and-food reception follows. Please sign up to our mailing list to keep updated about these events: http://www.thesohoforum.org/mailing-list.html