When I joined the networking team at DigitalOcean a few years ago, I dove into an entirely different world of software-defined networking in the data center. Virtual switches, networking protocols — these were concepts that I had encountered at the surface level before — but now I frequently found myself debugging them. With time, I came to rely on a variety of Linux networking tools for introspecting, troubleshooting, and examining network state. In this talk, I’ll share some of my favorite Linux networking tools and discuss scenarios in which they are quite helpful.

This Talk is Designed For

Sneha Inguva is a Software Engineer on the networking team at DigitalOcean. She enjoys building cloud products by day and debugging ominous context-cancelled errors by night. Her journey through this fantastical field has taken her from casino gaming to 3D-printing startups to the cloud world. In her spare time, she takes high-fashion photographs of cats in nature.

This virtual Tech Talk is brought to you by DigitalOcean. The DigitalOcean Developer Cloud™ simplifies modern app creation for new generations of developers working independently, at tech startups, and within small-to-medium sized businesses around the world.

Register here to receive a link to join this virtual live event. 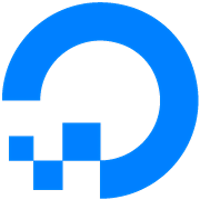 DigitalOcean is the world’s fastest growing cloud computing platform built for developers. Our mission is simple: we’re passionate about making complex infrastructure simple and delighting our customers with a seamless experience that brings them joy. New users can easily deploy a blazing fast cloud server with an intuitive control panel interface, or on a larger scale with the company's straightforward API.

Posted In Networking, Online Only, and Tech.
Learn basic business Spanish
Science in Action: Spin Me Right Round – #Livestream